Seamus Mallon, the former deputy First Minister of Northern Ireland, has passed away at the age of 83.RollingNews.ie

Seamus Mallon, one of the key architects of the Good Friday Agreement in the late 1990s, passed away on Friday.

Seamus Mallon, the former first deputy of Northern Ireland, passed away on January 24 in Co Armagh at the age of 83.

Read More: Reflecting on 20 Years of Peace on the 20th anniversary of the Agreement

Mallon, a native of Co Armagh, became involved in the civil rights movement of Northern Ireland in the late 1960s after witnessing instances of discrimination in his hometown of the predominantly Protestant Markethill.

He once recounted: “The family of one of my pupils was trying to get out of a horribly dilapidated home and into a council house.

“At that time, councillors had the power of allocation. That family was turned down by a [unionist] councillor who said: ‘No Catholic pig and his litter will ever get a home in Markethill while I am here!'”

In 1979, when John Hume became the leader of the Social Democratic and Labour Party (SDLP), Seamus Mallon became the deputy leader. In that position, Mallon emerged as a key architect of the Good Friday Agreement. 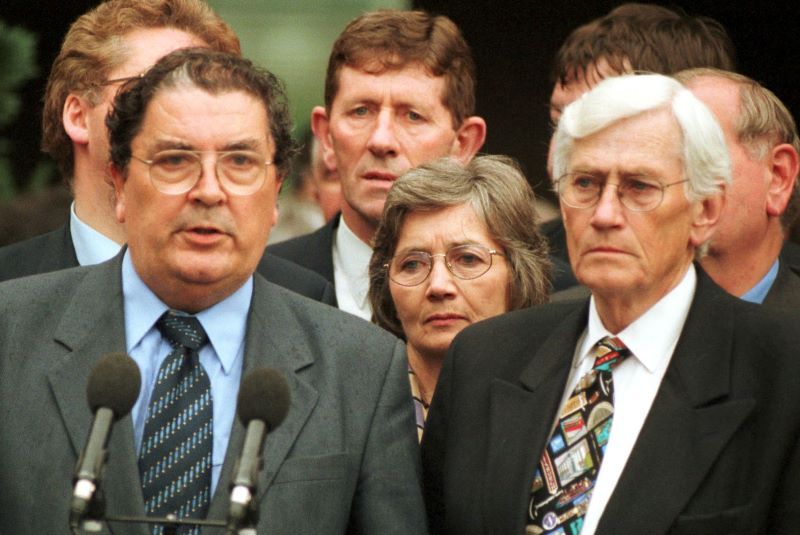 Trimble told BBC Radio Ulster that Mallon’s legacy was huge: “He was committed to politics and he was committed to peaceful democratic politics, that was why he was such a good parliamentarian. He was a stubborn man, yes, but at the end of the day he was prepared to make an agreement which we did and we implemented it.

“His legacy will be bound up by the agreement and the institutions and that is something that his family can feel proud of.” 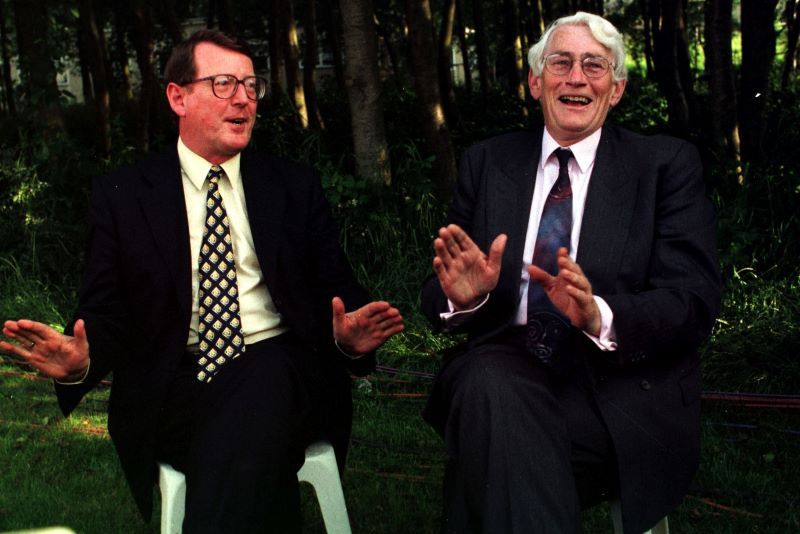 While Mallon was a nationalist “to the core,” he said last year that a larger majority should be sought for Irish reunification.

Mallon said: “You have a border poll, 50% plus one. Is that a victory?

“Is it a result that can sustain the tensions that will be in this island?

“How long would peace last in those circumstances?”

Colum Eastwood, the current leader of the SDLP, said in a statement: “In the darkest days of conflict, when hope was in short supply, Seamus represented the fierce thirst for justice that ran through the SDLP and through communities that had lost so much to political violence.”

Seamus Mallon was an Irish Patriot. He lived for our country and has left an indelible mark on the lives of everyone who enjoys the peace he helped forge.

I’m proud to have called him a friend. My prayers are with Orla, Mark and Lara. https://t.co/aU9mJRJwB6 pic.twitter.com/QO7Dy3Fi9S

Julian Smith, the current Secretary of State for Northern Ireland, said Mallon’s “leadership with David Trimble of the first Executive in 1999 set Northern Ireland on a new democratic course.”

r place. His leadership with David Trimble of the first Executive in 1999 set Northern Ireland on a new democratic course. I want to express my sincere condolences to his family, friends and @SDLPlive

Tony Blair, former UK Prime Minister, said Mallon was “one of the most important architects of peace in Northern Ireland”.

Tony Blair: Seamus Mallon was one of the most important architects of peace in Northern Ireland. Brave, blunt, often prepared to swim against the tide if he felt it right, he was someone deeply respected and admired across the troubled landscape of Irish politics. (1/3)

Alastair Campbell, who worked as former UK Prime Minister Tony Blair’s spokesman in the late 1990s, said Mallon was “one of the nice guys. And one of the great guys when it came to the peace process in Northern Ireland.”

So sad that Seamus Mallon has died. He was one of the nice guys. And one of the great guys when it came to the peace process in Northern Ireland. He did not always get the biggest headlines because he didn’t shout the loudest. He had commitment and intelligence to match 1/3

Arlene Foster, head of the Democratic Unionist Party (DUP) in Northern Ireland, recalled a quote from Mallon: “We have two stark and clear choices. We can live together in generosity and compassion or we can continue to die in bitter disharmony.”

Very sorry to learn of the passing of Seamus Mallon. My sincere sympathies are extended to his family & friends. As Seamus said “We have two stark and clear choices. We can live together in generosity and compassion or we can continue to die in bitter disharmony.” https://t.co/YaFRC9fJuK

Mary Lou McDonald, the President of Sinn Féin, said in a statement that Mallon will “be remembered for his contribution to Irish politics over many decades as the SDLP deputy leader and the key role he played in achieving the Good Friday Agreement.”

Ireland’s Taoiseach Leo Varadkar said history will remember Mallon as “a committed peacebuilder and a tireless champion of an inclusive Ireland:”

History will remember Seamus as an architect of the Good Friday Agreement, a committed peace builder and a tireless champion of an inclusive Ireland: Former NI deputy first minister Seamus Mallon dies via @RTENewsNow https://t.co/eq3J2ZUAyg

Very sad to learn of passing of the great Seamus Mallon. He has made an extraordinary contribution to politics & people on this island. He was tough, intelligent and passionate, always working for peace and reconciliation.
My sincere condolences to his family and friends. RIP pic.twitter.com/q9waXGamwE

President of Ireland Michael D. Higgins said in a statement: “Few people have influenced the peace process in Northern Ireland more than Seamus Mallon, a formidable opponent and, a tough negotiator in speech and act, but always honest and honourable.”

Full text of the statement by President Higgins on the death of Seamus Mallon:https://t.co/SZttJokoBh

Micheál Martin, head of Irish political party Fianna Fáil, said Mallon was “a true patriot and gave all his working life to achieve the peace we enjoy today.”

The passing of Seamus Mallon is a very sad day for our country. He was a true patriot and gave all his working life to achieve the peace we enjoy today. He was also my friend and I will greatly miss him. My sympathies to Orla, his family circle and our colleagues in the @SDLPlive

Seamus Mallon, the former deputy First Minister of Northern Ireland, has passed away at the age of 83.RollingNews.ie