And while Milan deserves its upmarket reputation, there’s just as much hip casual as haute couture around, especially in the blossoming Isola neighbourhood and on the city’s outstanding ‘aperitivo’ cocktail bar scene.

With six new BA flights a week to Bergamo airport, getting here from the UK has never been easier… 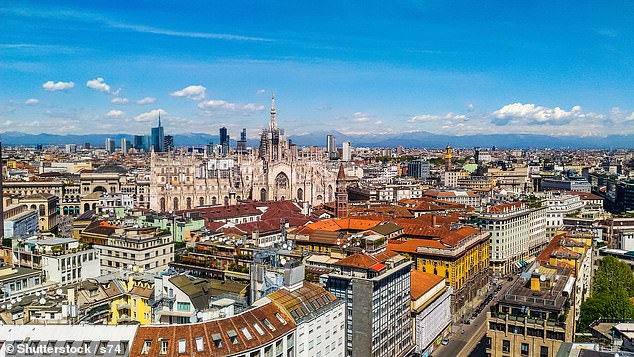 Vintage arcade machines in the lobby, plus neon lights and guest DJs in the bar, give this unapologetically loud and lively hotel a winningly hedonistic vibe, right next to Milano Centrale station. Full points for the vivacious staff, the large central garden and the spacious rooms bedecked with black and white vintage pics of Italian models from the La Dolce Vita era. Doubles from £89, room only, leonardo-hotels.com.

Just a few metres from Santa Maria delle Grazie, where Leonardo da Vinci’s The Last Supper (above right) is displayed, this intimate, family-run charmer has all the graceful touches of a 19th-century guesthouse. Soft divans, glass water pitchers, heavy wood furniture and a bijou courtyard in which you can enjoy a generous breakfast spread make this a charming retreat from Milan’s thrusting metropolitan centre. B&B doubles from £76, anticalocandaleonardo.com.

A little out of the way in the Affori residential neighbourhood (though the city centre is 15 minutes on the Metro), the sustainability-meets-style approach here hits the spot. Trompe l’oeil images of gardens combined with furniture from sustainable woods and an organic breakfast buffet make for a light, cosy atmosphere that feels warm rather than worthy. B&B doubles from £53, ecohotelresidenzamilano.it.

OK, so you might not be initially tempted by a hotel above a McDonald’s, but for instant access to the best neighbourhood for nightlife, this is excellent value and a stone’s throw from Navigli’s hip bars and restaurants. Rooms are bijou, but stylish, with huge vintage prints of Milan, primary colours and floor-to- ceiling windows. B&B doubles from £76 (prices can fluctuate), hotelmilanonavigli.it.

What to see and do

Between six and eight in the evening, Milanese flock to bars which compete to offer the best ‘aperitivo’ — snacks served free with drinks. The neat little plates of bruschetta, mozzarella and crisps served in the legendary Bar Basso on Via Plinio aren’t the most sophisticated in town. But it’s worth visiting this pink-walled bar (unchanged since the 1950s) for the 500-strong drinks list alone, which includes an incredible negroni sbagliato cocktail. Invented here, it’s served in huge glasses with a brick-sized ice cube. Address: Via Plinio, 39. 20020.

A brush with genius

Milan may be groaning with galleries and museums but few of them are free — except on the first Sunday of the month. Time your visit to coincide with this, and spend a morning exploring works by Canova and Boccioni at the Gallerie d’Italia (gallerieditalia.com) opposite La Scala, then walk round to the Museo del Novecento (museodelnovecento.org), located in a 1930s palazzo, where the focus is on 20th-century art.

Vinci and the vine 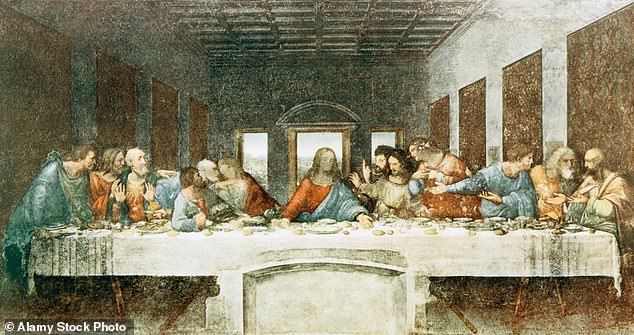 Be warned, getting into the Santa Maria delle Grazie church to see Da Vinci’s The Last Supper is an arduous (and expensive) process requiring booking months in advance

Getting into the Santa Maria delle Grazie church to see Da Vinci’s The Last Supper is an arduous (and expensive) process requiring booking months in advance. Far more accessible (and cheaper) is the La Vigna di Leonardo (vignadileonardo.com) museum across the road which explores the Renaissance genius’s interest in wine and viticulture. It includes a garden, complete with vines from the fields that were once his own vineyard. Admission £8.50.

For your Isola only

Formerly a fairly forlorn blue-collar neighbourhood, Isola has become one of Milan’s most creative and diverse places. There are no Gothic or Renaissance masterpieces here, just fantastic, low-key stores, cafes and bars. Start with a traditional meal of Italian-style steak and potato skins at II Bue e la Patata (ilbuelapatata.com) on Via Luigi Porro Lambertenghi, then bargain-hunt amid the footwear and hosiery of the Mercato Isola (on Via Garigliano every Tuesday and Saturday). There’s also live jazz (on Thursday and Sunday evenings) at the boho Nordest Caffe on Via Pietro Borsieri.

If you believe gourmet pizza is a contradiction in terms, then this demure, softly lit space inside the opulent Rosa Grand Milano hotel may change your mind. The traditional range of pizzas is cheaper at about £9 but it’s worth splashing out on one of their ‘sfiziosa’ creations: the mortadella al tartufo with stracciatella cheese, buffalo mozzarella and cherry tomatoes (£15) is a divine creation and easily enough for two (starhotelscollezione.com). 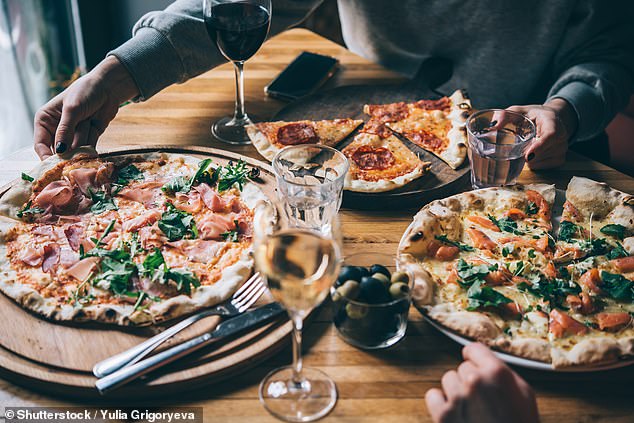 Set in the courtyard of one of Italy’s most prestigious small theatres, the muted grey tones and quiet ambience of Piccolo offer respite from the crowds milling around the nearby La Scala opera house and Duomo (cathedral). It also has the best-value Sunday brunches in the city. For £21, indulge in an immense range of exquisite snacks (do not miss their risotto) plus coffee, juice and a huge dish of strapazzate (scrambled eggs) with avocado (piccolocaferestaurant.it).

Arrive early to grab a seat at one of the city’s most impressive traditional restaurants. Service is gruff, but pasta dishes skirt around the £14 mark; try the outstanding Gnocchi e gorgonzola or a starter of Fiori di zucca e melanzane fritte (fried pumpkin and courgette), hostariaterzacarbonaia.it.

Formica tables, a bar counter worn smooth with age and rickety chairs make this spot in the Brera neighbourhood the classic blue-collar Milanese bar. Head to the backroom restaurant for some hearty, unfussy dishes. All are around the £12 mark and astonishingly good value for money. Standouts include a feather-light carpaccio and the veal cutlet, jamaicabar.it.

They may have been selling ice cream here since 1930, but this family-run outfit isn’t afraid to try modern flavours, such as Szechuan pepper and wine sorbets. Plenty of classics on offer, too, including a sublime pistachio and dark chocolate creation. About £2.30 for a cone. Via Adda, 20124 Milan.

BA has return flights from Gatwick to Milan Bergamo from £49 (ba.com).

Raw Sewage, Mountains of Garbage, and the Coronavirus: the Devastating Conditions Inside Europe’s Largest Migrant Camp

How ‘Legends of Tomorrow’ Decides Where to Travel In Time

Sudesh Amman, 20, had bomb making manuals and urged his girlfriend to kill her own parents