These stunning images from all over the world perfectly convey what friendship means, across cultures and generations – and the animal kingdom.

Fifty beautiful shots have made it to the final of photography app Agora’s Friends 2020 competition, including six entries from UK artists.

Exquisite shortlisted shots by Britons include father-and-son co-pilots flying their drones at sunset, an aerial shot of a colourful beach barbecue, and two women floating peacefully on azure water. 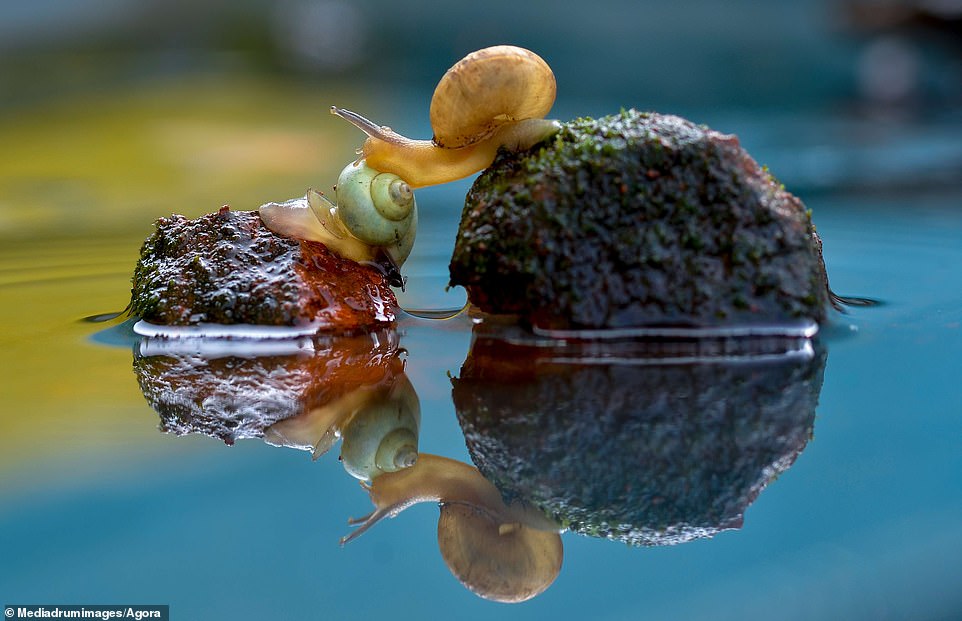 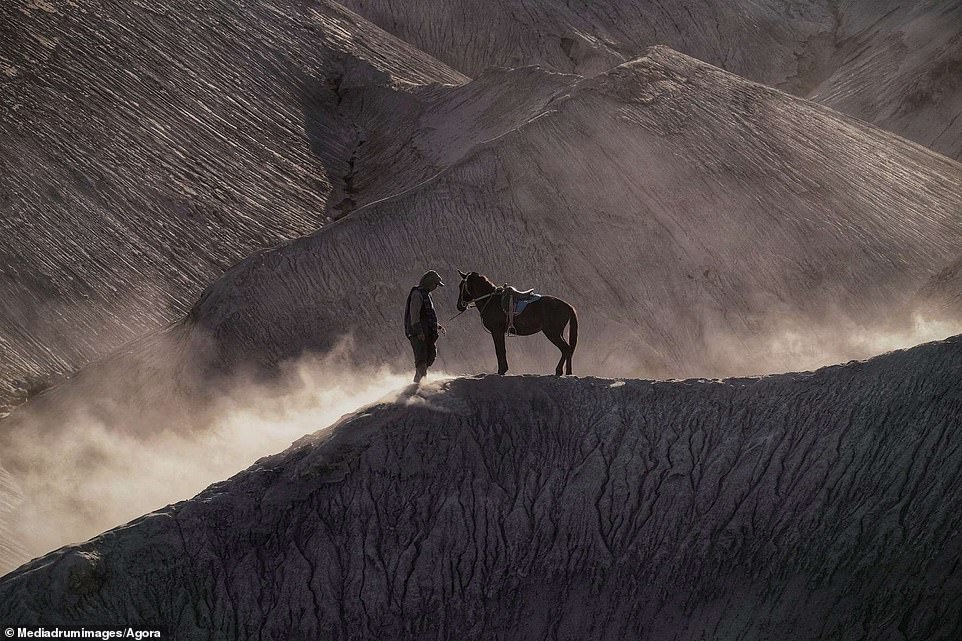 The powerful bond between humans and their four-legged friends is beautifully captured in this artistic image, titled ‘My Best Friend’. It was taken on Bromo Mountain in Indonesia by Indonesian @priyowiddi and shows a nomadic herder and his horse, who trek over the mountain every day 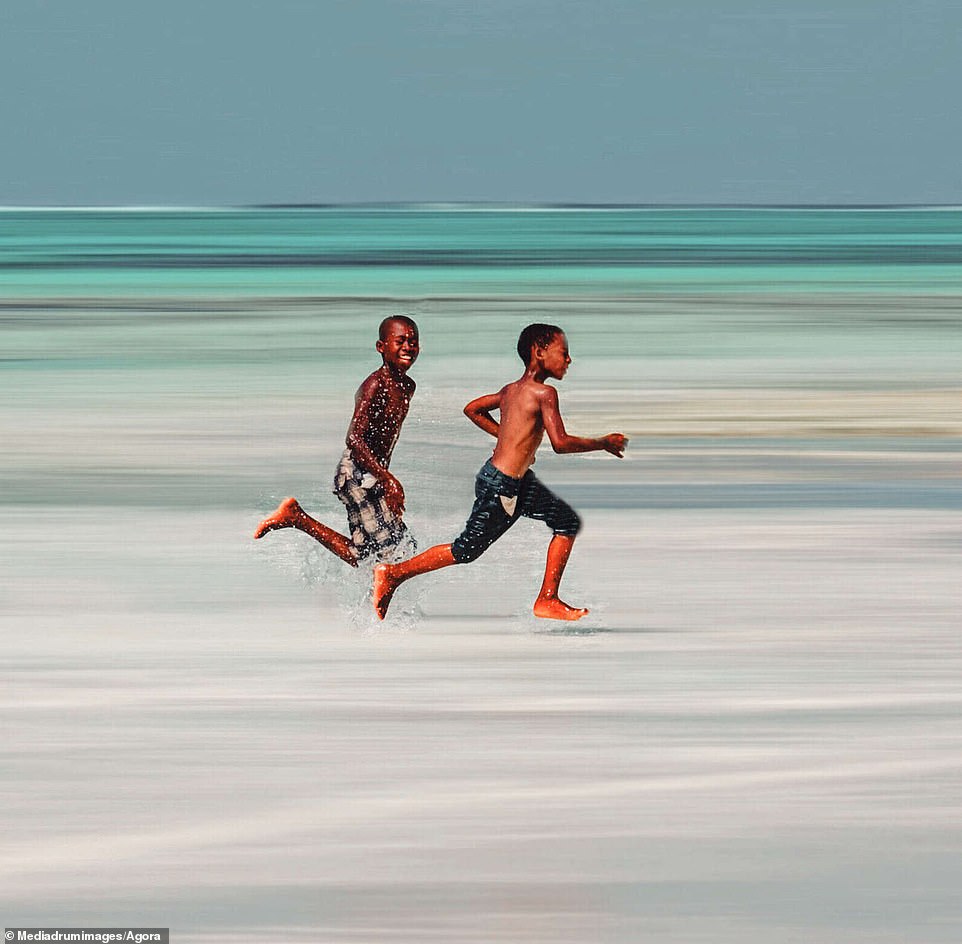 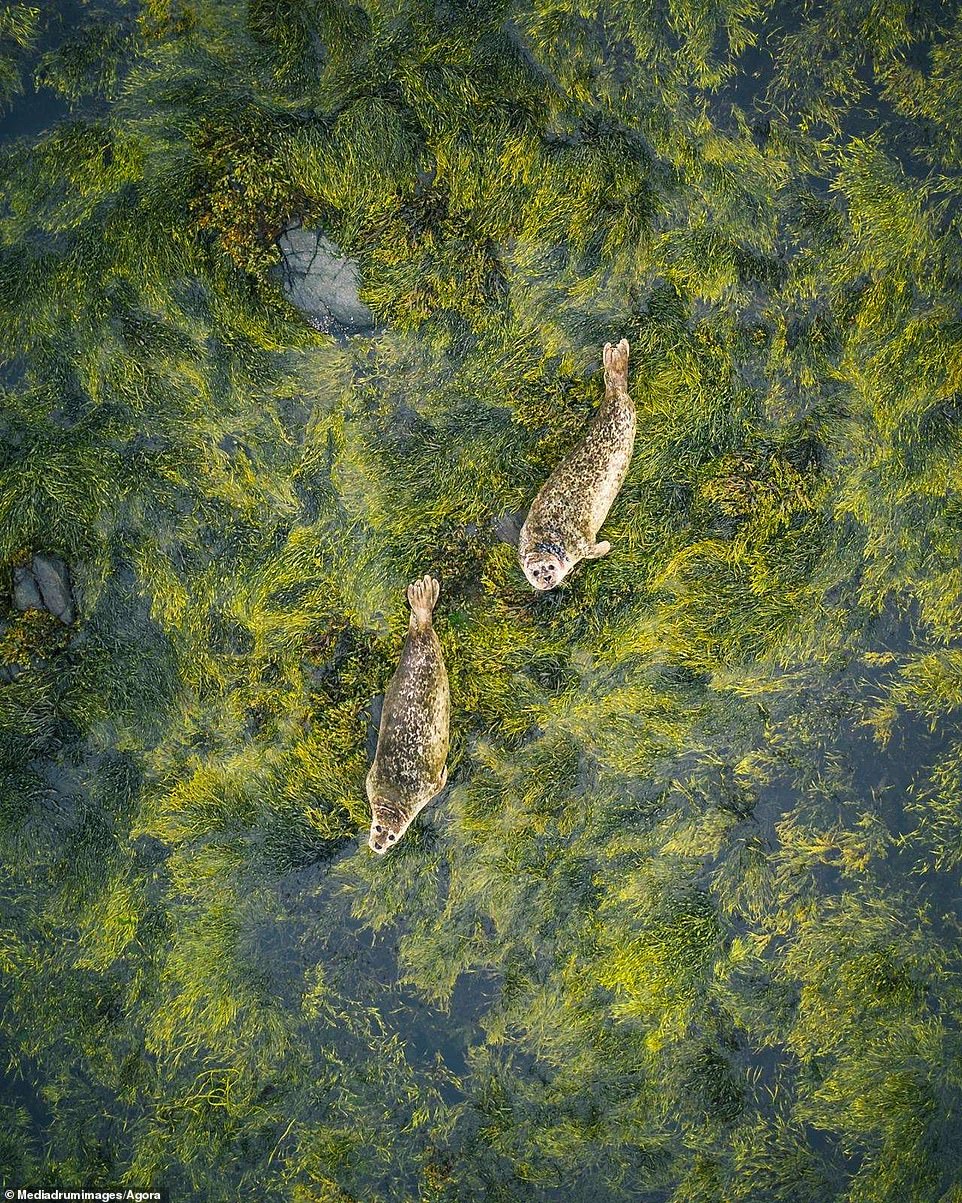 Jon Cleave photographed this pair of seals on the Isle of Harris in Scotland. He said they made him think of true friendship

The UK entrants beat more than 16,300 applicants to express what friendship meant to them through their camera lens. The overall winner will be crowned next month and receive a cash prize of $1,000 (approximately £750).

‘Friendship is a universal concept that can be perceived in a lot of different ways according to our culture, beliefs and life experience,’ said Octavi Royo, Agora’s chief executive and co-founder.

‘At Agora we see friendship in an infinite number of ways, but we also see what is common to all forms of friendship – love, trust and support that is generated between living beings. The result of friendship is a shared, happier life.’ 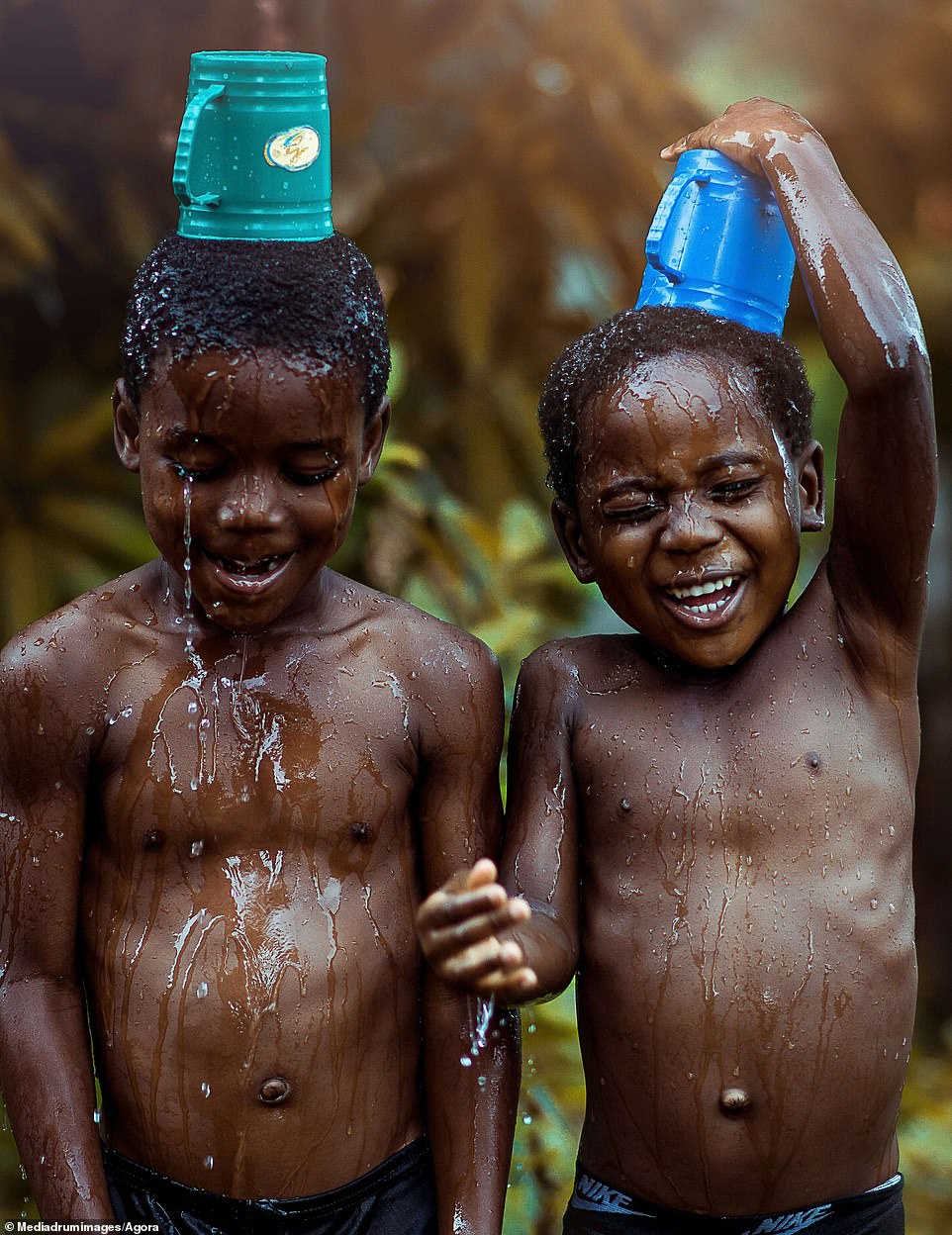 The simple pleasure of a bath with a pal is captured in this shot titled ‘Friends Bathing’, taken by @solomonjnr from Ghana in the city of Accra in his home country

The bathing theme continues with this image titled ‘Friends Getting Wet’, by @ froirivera from the Philippines 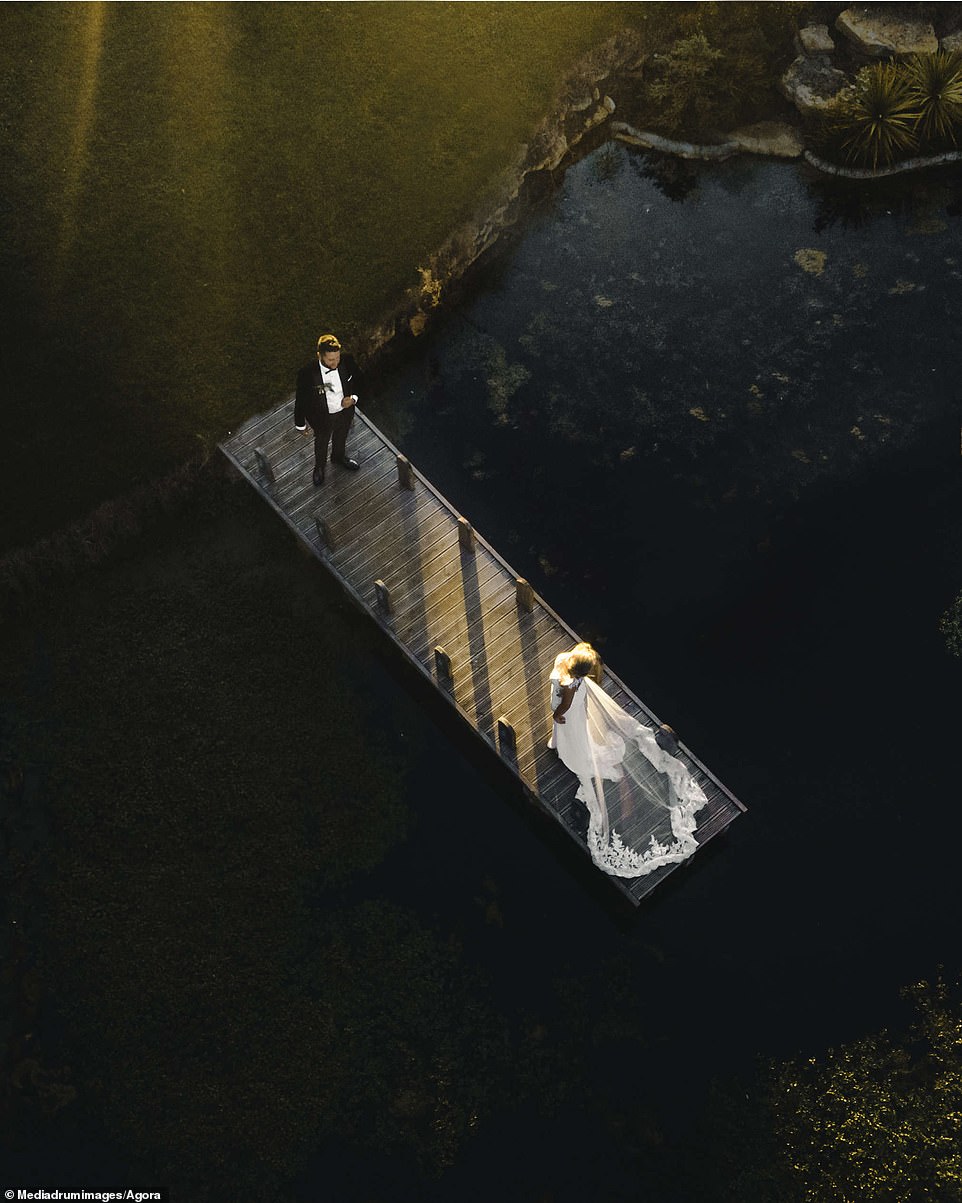 ‘Friends for Life’ is the title of this dreamy shot of a couple on their wedding day in Bristol, captured by local @perksy12 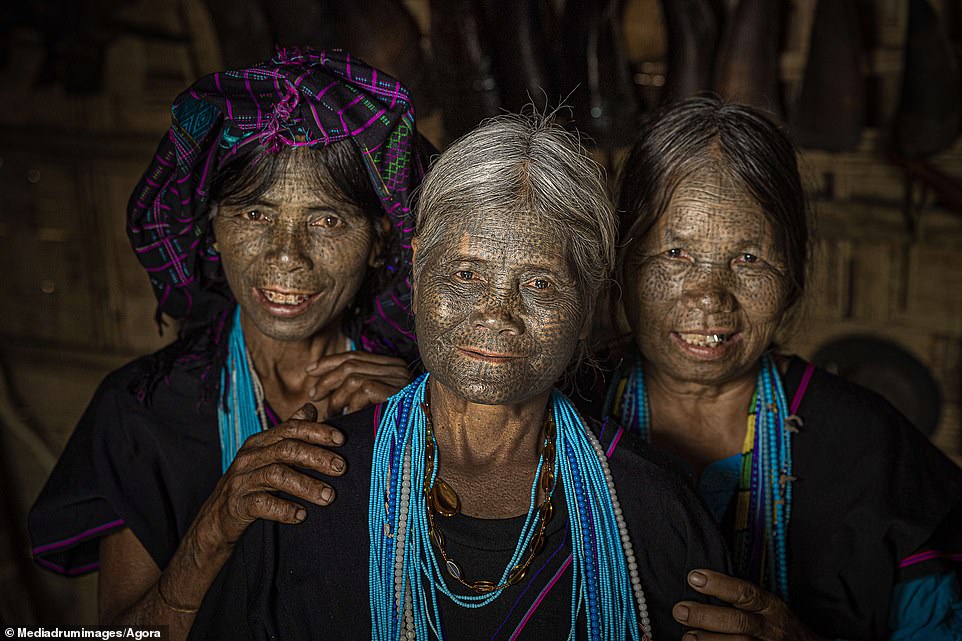 This striking image of women with traditional face inkings is titled ‘Lovely’ and was taken in Chin State in Myanmar by @naingtunwinbagan, who hails from that country

The beach feast picture was taken by Marc Le Cornu in his Channel Island homeland of Jersey.

He said of the image, which was taken at a small group of islands called Les Minquiers: ‘The photo features a group of my creative friends who decided to head out to this deserted sandbar and set up a barbecue and have food, drink, music and just an amazing day in the sun away from it all.’

The drone shot was taken by Kieran Hanlon, who is pictured alongside his father in Somerset – moments before disaster struck.

‘We wanted a photo of us and the drones and this is the outcome. I love it! Although shortly after this photo was taken my dad crashed one of the drones into a tree.’ 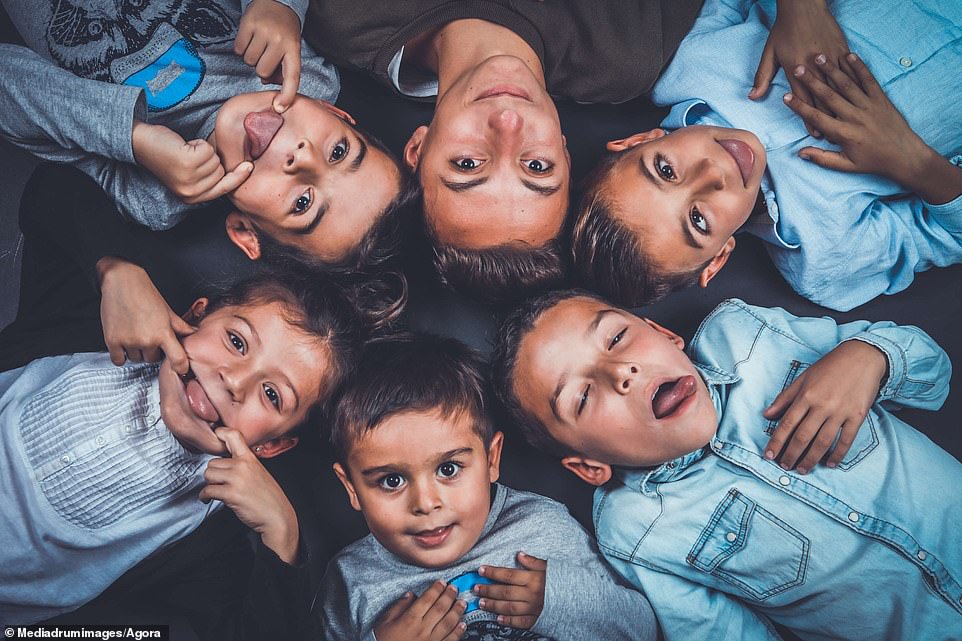 ‘Have Fun Together’ is the title of this image, taken in France by French photographer @photolivestudio 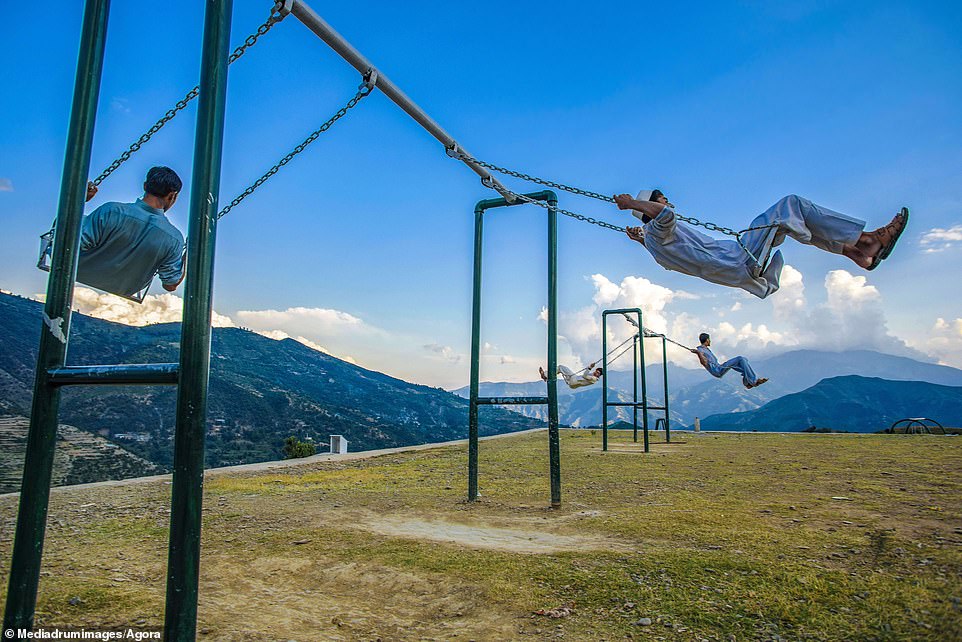 The floating women picture, meanwhile, was taken by Alan Mills from London.

He said: ‘The two people in the picture are very close friends that I had the pleasure of meeting when I was travelling the Philippines.

‘We spent the whole day on a beach where I wanted the girls to have a photo that would sum up the day, and to show their friendship from another point of view. The big smiles on their faces made this shot even better than just the pure beauty of the surrounding area.’ 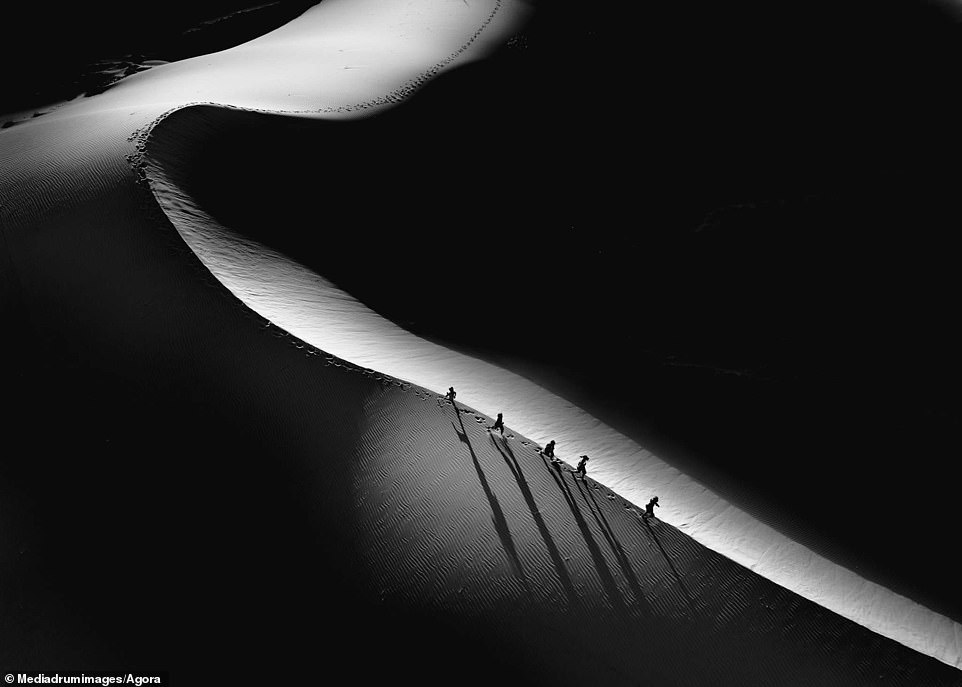 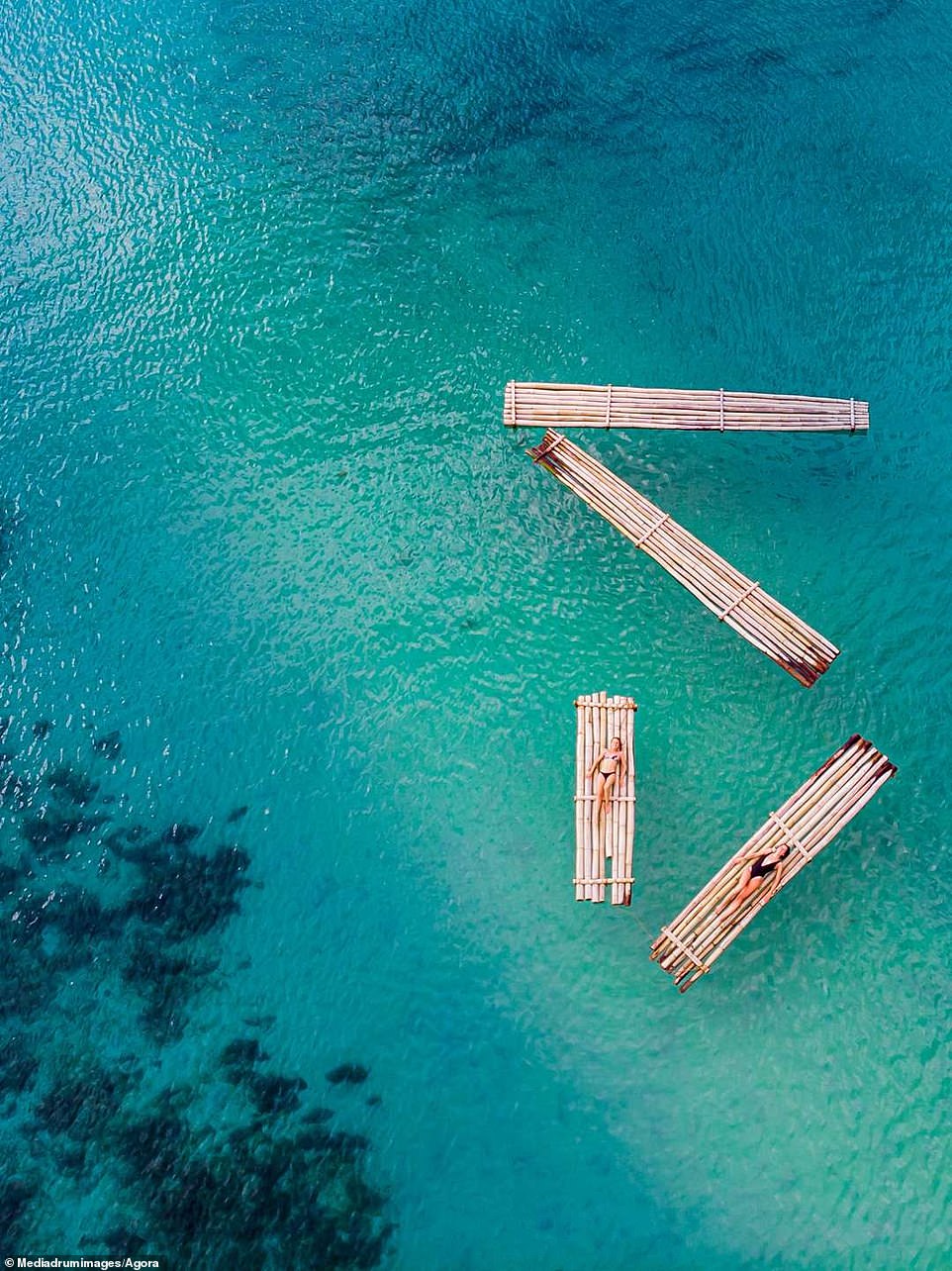 Alan Mills, from London, captured a snapshot of paradise – two friends floating side by side in Port Barton Palawan in the Philippines.  ‘I wanted the girls to have a photo that would sum up the day, and to show their friendship from another point of view,’ he said 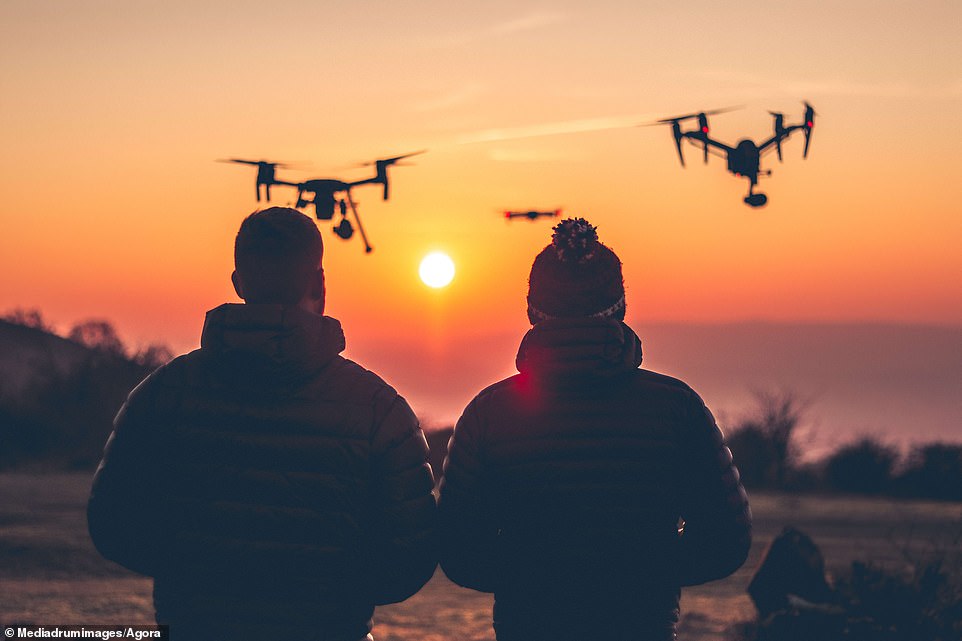 Kieran Hanlon is pictured alongside his father in Somerset, enjoying their favourite pastime, flying drones. He said: ‘My dad is my best friend and we run the @Keanudrone Instagram account together’ 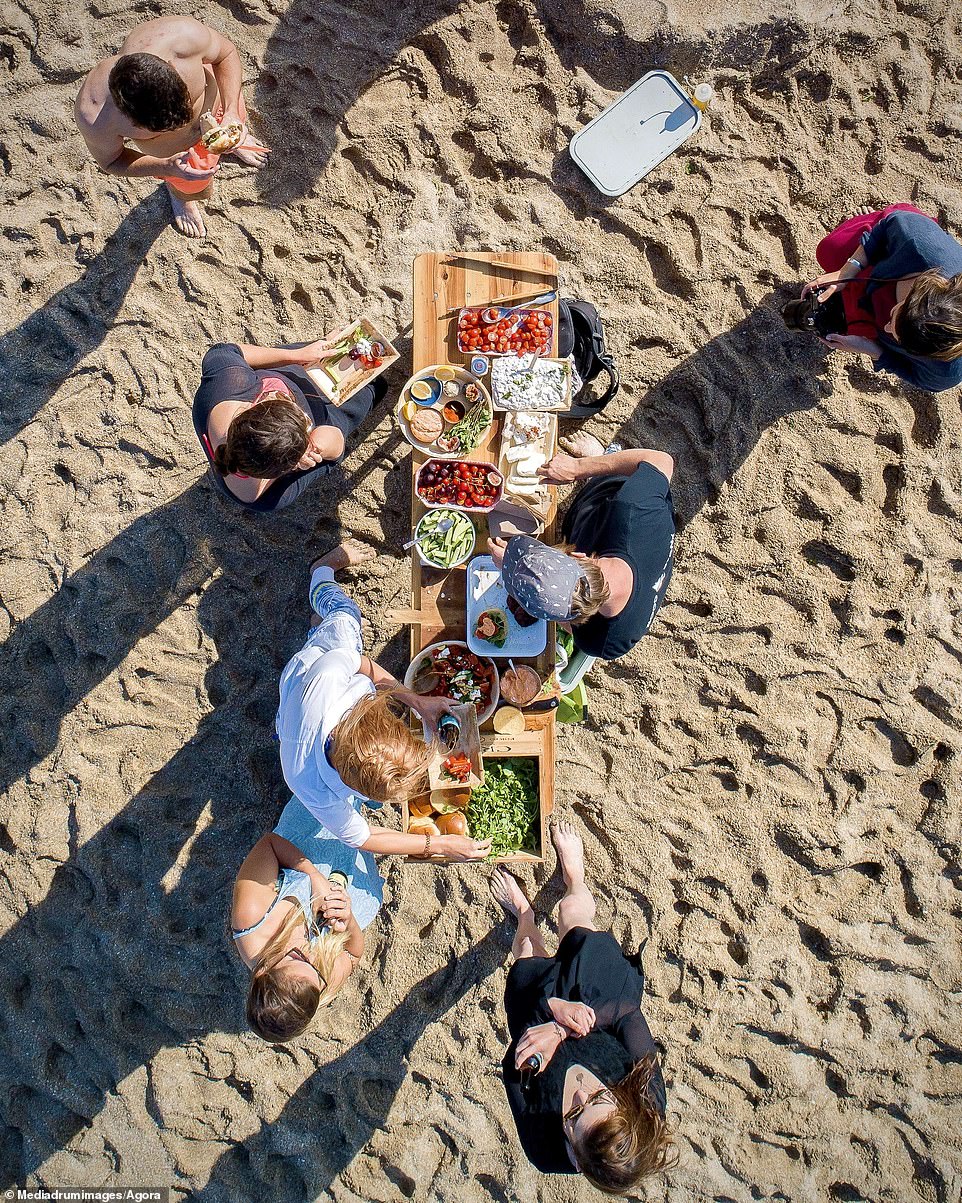 Marc Le Cornu captured this beach scene at Les Minquiers in Jersey. He said: ‘The photo features a group of my creative friends who decided to head out to this deserted sandbar and set up a barbecue and have an amazing day in the sun away from it all’

Another shortlisted image taken by a Briton shows a pair of seals on the Isle of Harris in Scotland.

The photographer, Jon Cleave, said: ‘Seals are social animals and can be found in small groups or entire colonies.

‘Spotting these two together on a patch of seagrass off the Hebridean coast with nothing else around made me think of true friendship. Friends come in all shapes and sizes. We often think about humans only having friendships as it’s something we can relate to – but to see wildlife stick at it together is even more inspiring.’

Another British photographer, known as @Perksy12, caught a romantic shot of a newlywed couple starting their life together on a jetty in Bristol and Briton @Sollylevi captured friends running in the surf in Tanzania.

France away from the crowds: 10 readers’ travel tips | Travel