Michy Batshuayi scored his first goal in 14 matches as Chelsea squeezed into the FA Cup fifth round despite a late rally from mid-table Championship side Hull City.

Batshuayi, replacing the injured Tammy Abraham, fired the Londoners ahead early on with Fikayo Tomori appearing to make the game safe midway through the second half.

Yet they still have to endure some anxious late moments with Kamil Grosicki’s deflected free-kick beating Willy Caballero before the Polish winger fired home in the closing minutes. 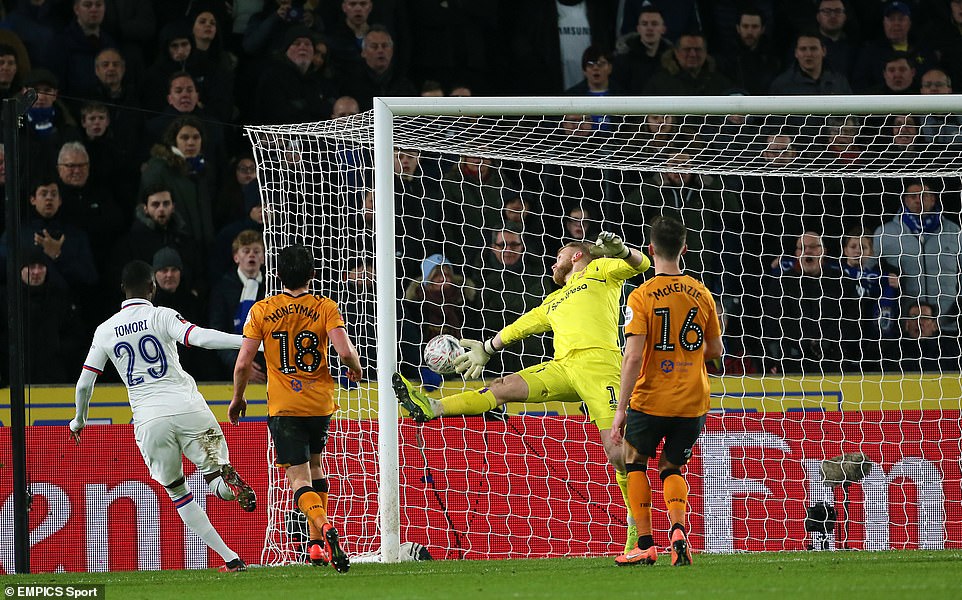 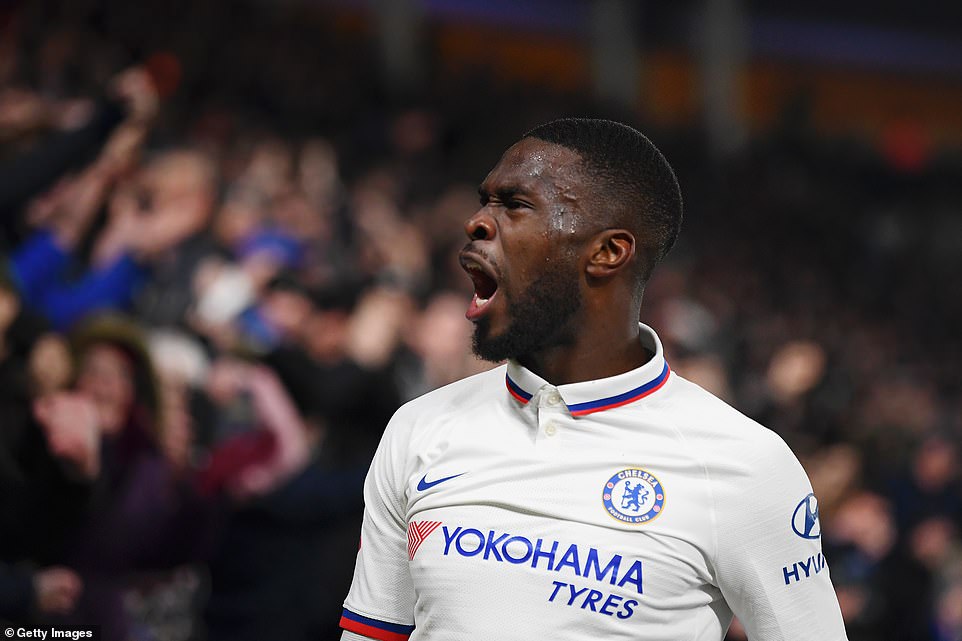 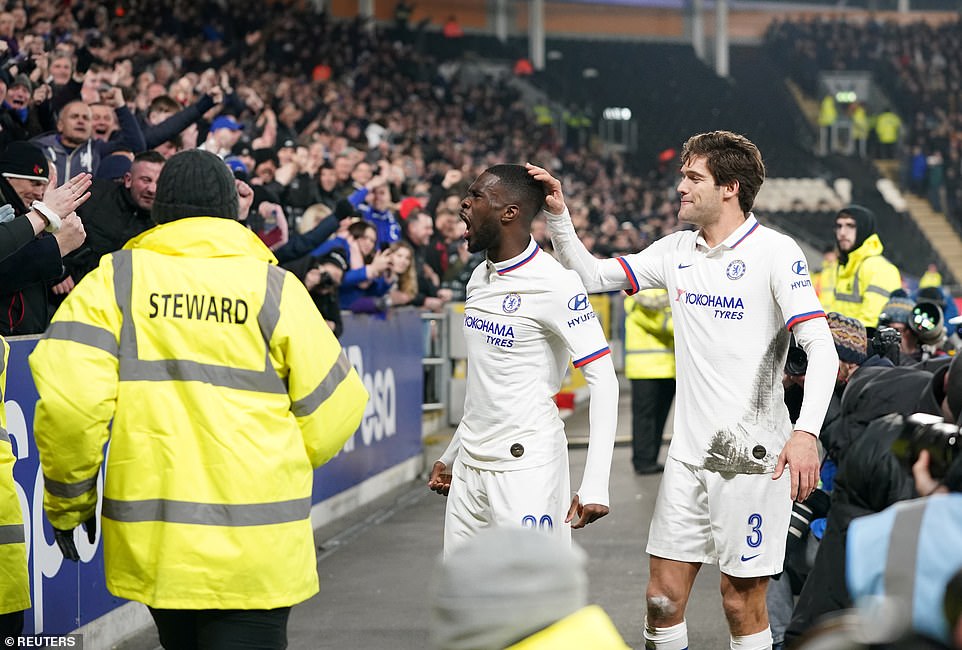 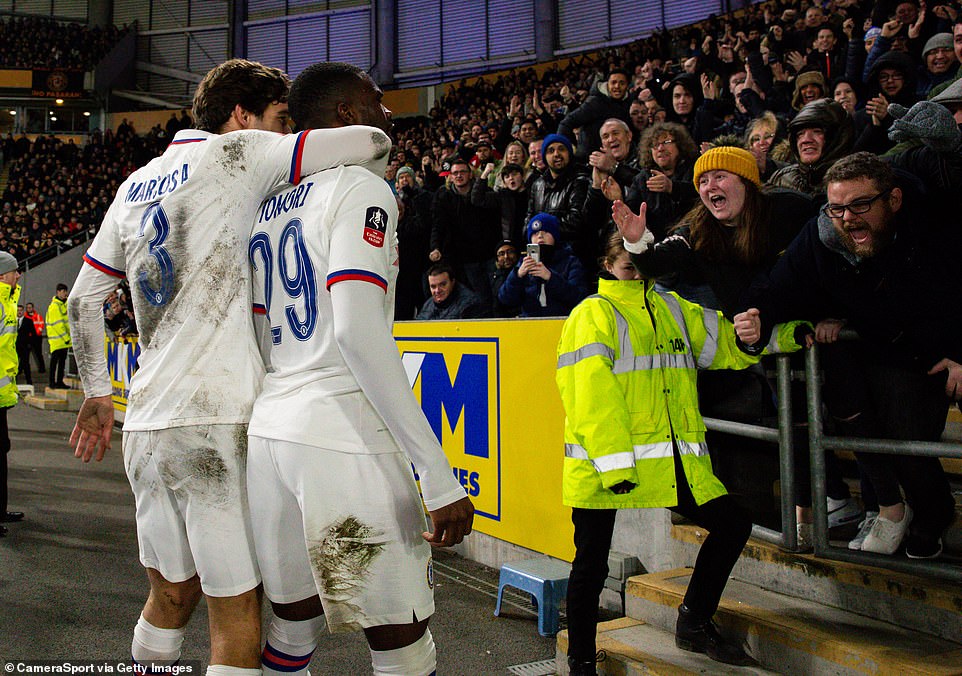 Chelsea fans stoked up the atmosphere, knowing the FA cup provides their best chance of winning silverware this season

Batshuayi may be seen as a cup talisman having reached the quarter-finals with loan club Crystal Palace last season and netting 15 times overall in the competition.

Four-time FA Cup winner Frank Lampard made eight changes for Chelsea and after a hesitant opening, they went through the gears to score after six minutes.

Mateo Kovacic turned defence into attack with a masterful pass to release Cesar Azpilicueta and within seconds the full-back produced a decent cross into the penalty area.

Mason Mount took the ball under in his stride and though the youngster’s initial shot was blocked, Batshuayi pounced on the rebound and beat goalkeeper George Long with the aid of a deflection.

Though it was the Belgian’s first goal since October, his finish underlined why Frank Lampard is reluctant to lose him this month particularly with Tammy Abraham injured, Olivier Giroud wanting out and difficulties in signing a new striker like Edinson Cavani. 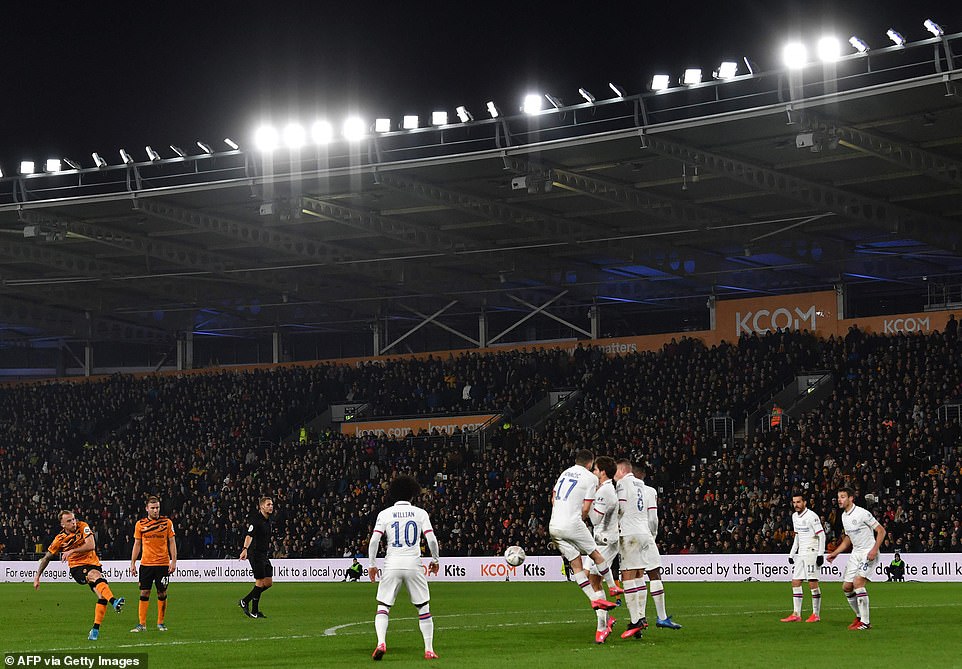 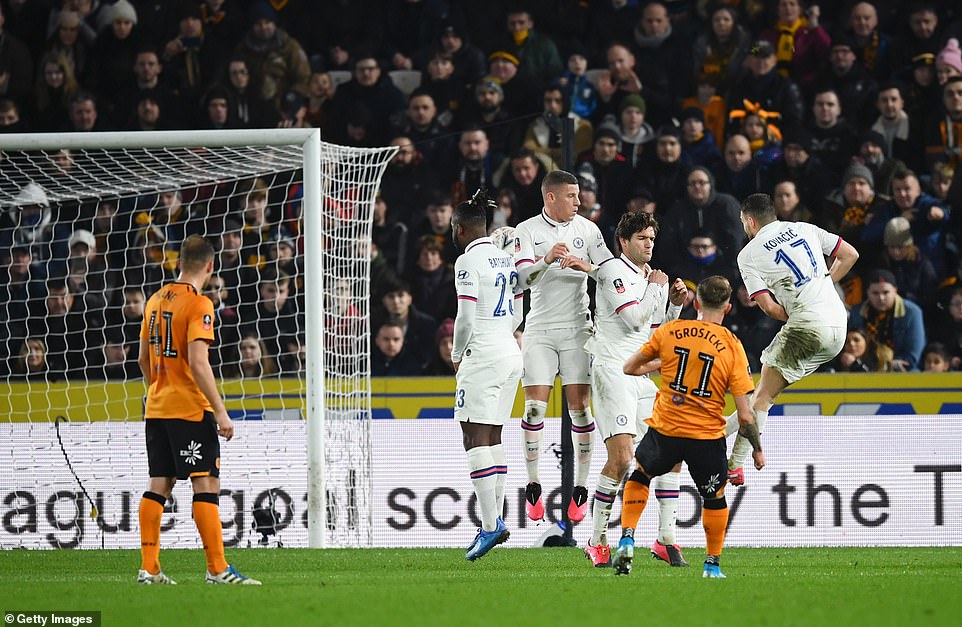 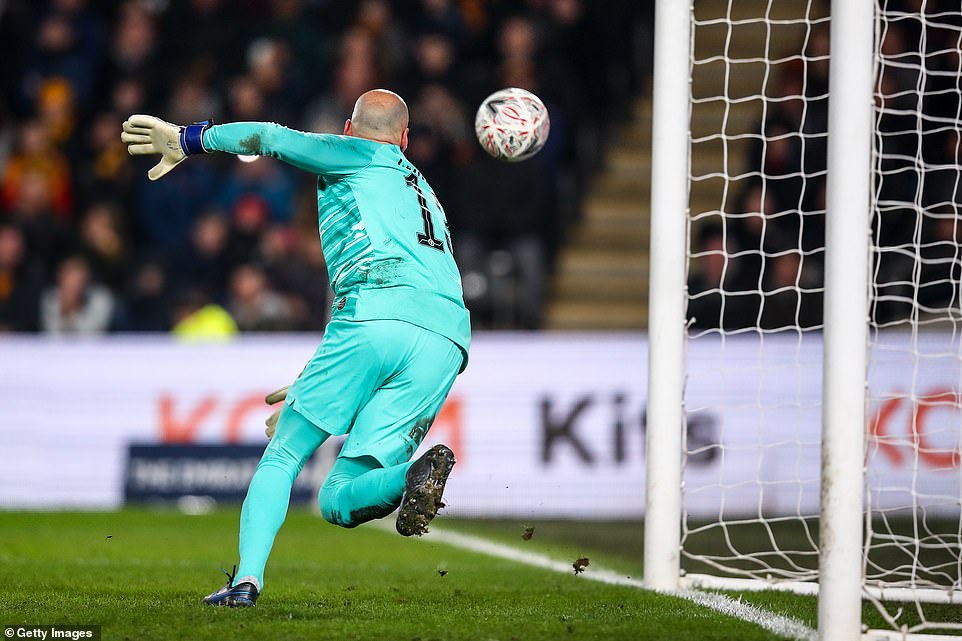 Willy Caballero was left scrambling back across his goalmouth, wrong-footed, after the ball changed direction mid-flight

Hull, 12th in The Championship, didn’t let their heads drop despite the early setback.

Their manager Grant McCann reached the fifth round with Doncaster last season and midfielder Herbie Kane has also followed him to Humberside on loan from Liverpool.

Top scorer Jarrod Bowen showed why Premier League clubs including Newcastle are watching him closely with some neat footwork and a teasing cross to test Chelsea’s stand-in goalkeeper Willy Caballero.

Tigers fans would have wanted the best chance of the opening half-hour to fall to Bowen rather than centre-forward Tom Eaves who failed to capitalise.

Chelsea should have wrapped up the game after 33 minutes. Kovacic played another defence-splitting pass to Mount but his touch was slightly too firm and allowed Long to come out bravely and smother the finish. Ross Barkley then surged down the right and fired in a cross that almost reached Batshuayi in the box.

Bowen responded with a shot blocked by Kurt Zouma and then produced a neat turn before a weak shot comfortably gathered by Caballero.

Chelsea fans chanted the name of Lampard as they reached the interval ahead, and deservedly so the former England midfield has enjoyed an impressive debut season in charge of the club, sitting in the Premier League’s top four and reaching the knockout stages of the Champions League. 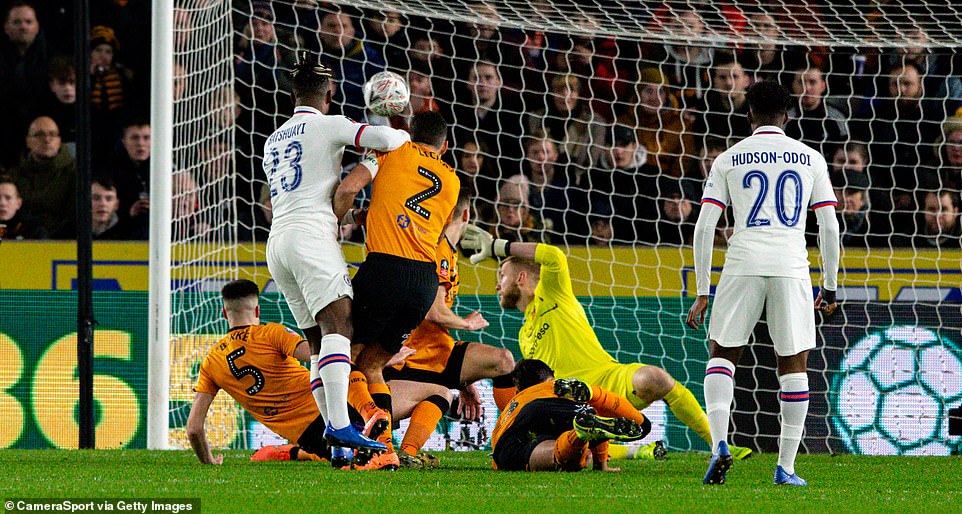 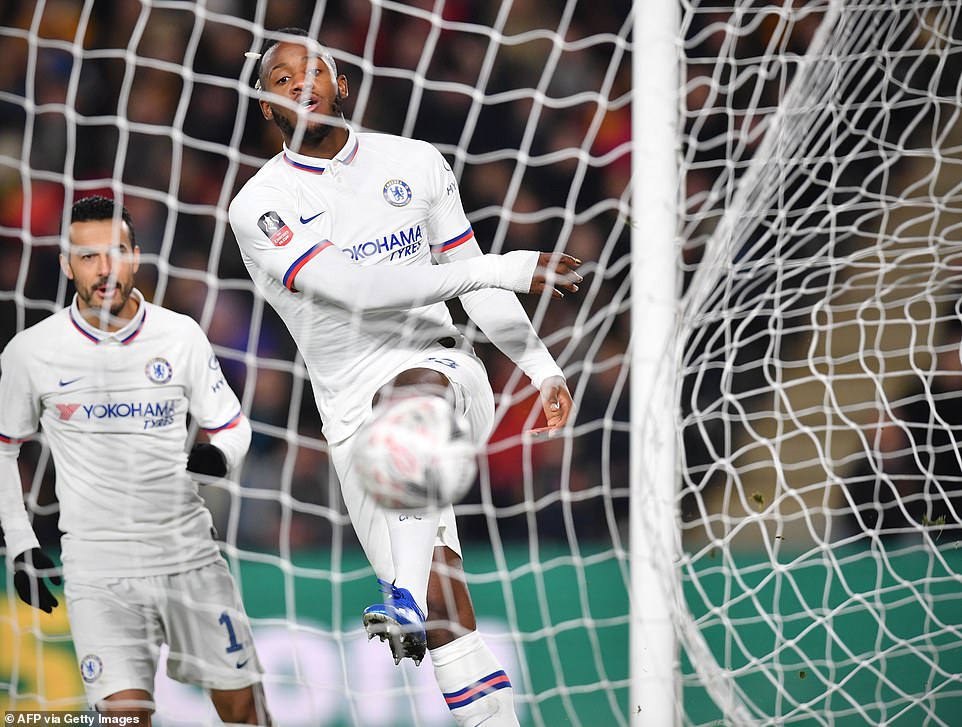 Even so, the FA Cup represented their best chance of a trophy which is why the attitude from the visitor’s players was so good.

Hull had a decent chance at the start of the second half when awarded a free-kick just outside the Chelsea penalty area.

Bowen hovered menacingly but in the end Kane was the player to strike. It was the wrong choice and it flew harmlessly wide of Caballero’s goal.

At least the half-opening gave home fans reason to turn up the volume. Zouma and Azpilicueta got in each others way inside the box but Eaves wasn’t quick enough to take advantage.

It was a sign of the times that Batshuayi spent more time in his own penalty area than the Hull one in the opening 15 minutes of the second half, making a crucial block at one stage to concede a corner.

Chelsea were relieved to reach the hour mark still in front. Bowen lived up to his promise with a dynamic run past three defenders before shot that fizzed narrowly over.

Encouraged, home manager Grant McCann sent on one of his big guns Kamil Grosicki from the bench aware the winger forms an excellent combination with Bowen. 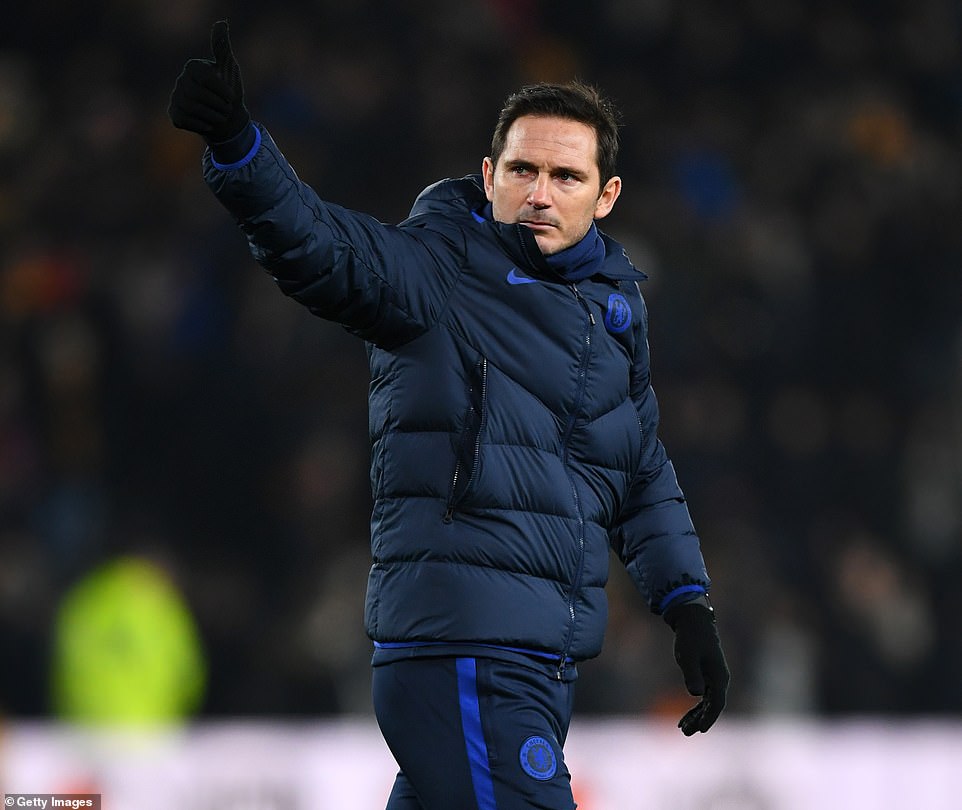 Frank Lampard headed over to salute the Chelsea fans at the final whistle, after they chanted his name throughout

Lampard, whose winning finals as a player came against Manchester United, Everton, Portsmouth and Liverpool, paced his technical area anxiously with his team under pressure – until Chelsea broke out and allowed their quality to show with a second goal.

Mount was crudely brought down by Eric Lichaj after 63 minutes, earning the Hull man a yellow, and from the resulting free-kick floated by Ross Barkley to the far post, Fikayo Tomori found space to powerfully head in from a few yards.

Hull threw themselves a lifeline after 78 minutes. Marcos Alonso fouled Martin Samuelson and from the resulting free-kick, Grosicki’s well-struck effort deflected off Kovacic.

That really got the noise going and Chelsea were left hanging on in the closing stages, Grosicki firing the best chance wide and the ball bouncing around the visitor’s area like a pinball machine.

DR ELLIE CANNON: You DON’T need to lock yourself away for months during the coronavirus outbreak